“We’re presenting an old tradition in a new package – and I’ve the same passion for it now as I had when it all started 50 years ago!” 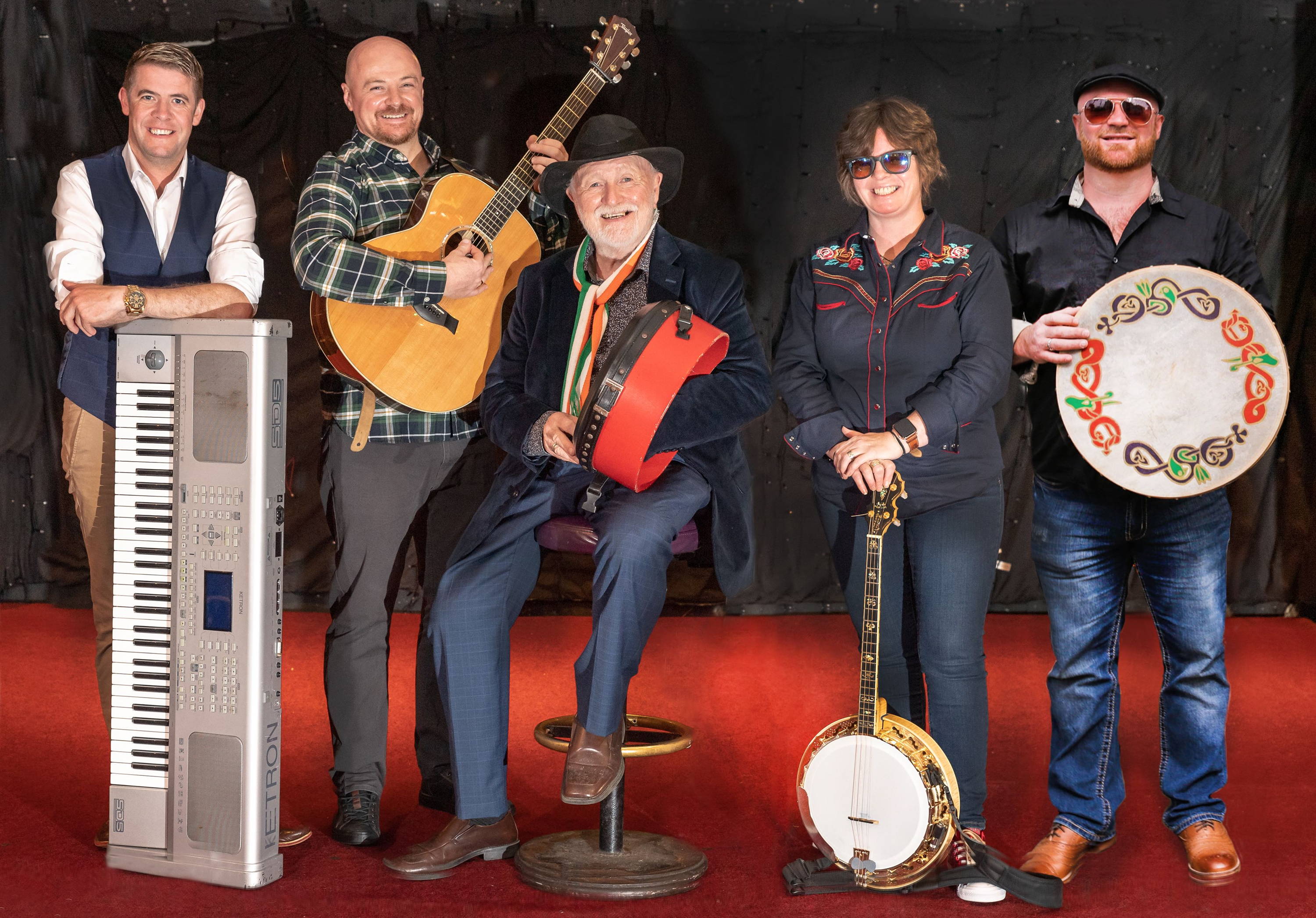 A special group of Irish men and women have been responsible for the preservation of traditional Irish ballad singing over the past 50 years. Derek Warfield is a distinguished name among them. Derek Warfield & The Young Wolfe Tones are bringing that musical tradition forward with a reverence for Ireland’s past and the energy and optimism of a new generation of Irish musicians.

In 2001, after nearly 40 years performing, the legendary Wolfe Tones parted with their founder and leader – Derek Warfield. No other Irish folk group, before or since, told the story of Ireland so completely and unapologetically. But for Derek’s hunger and desire to continue to further the story of Ireland through song, an ancient tradition might have lost perhaps its most iconic figure. In 2005 Derek put together a band containing some of the finest musicians and singers in Irish music – The Young Wolfe Tones.

Derek Warfield & The Young Wolfe Tones are thrilled to be celebrating 10 years On the One Road and are delighted to be celebrating it in style with the release of a new CD “Last Man Standing” released in October 2018, and performances all over America including some great Irish-American festivals & venues.

Since breaking away from the Wolfe Tones in 2001, Derek’s solo career has yielded 11 albums to date, the most successful of them being “A Nation once again” “On the One Road”, “God save Ireland” “Sons of Erin” ‘The Bonnie Blue Flag” “Washington’s Irish” “Let Ye All be Irish Tonight” and “Call Of Erin”. With the formation and ongoing success of The Young Wolfe Tones, the legend of Derek Warfield continues.

"The Streets of New York" 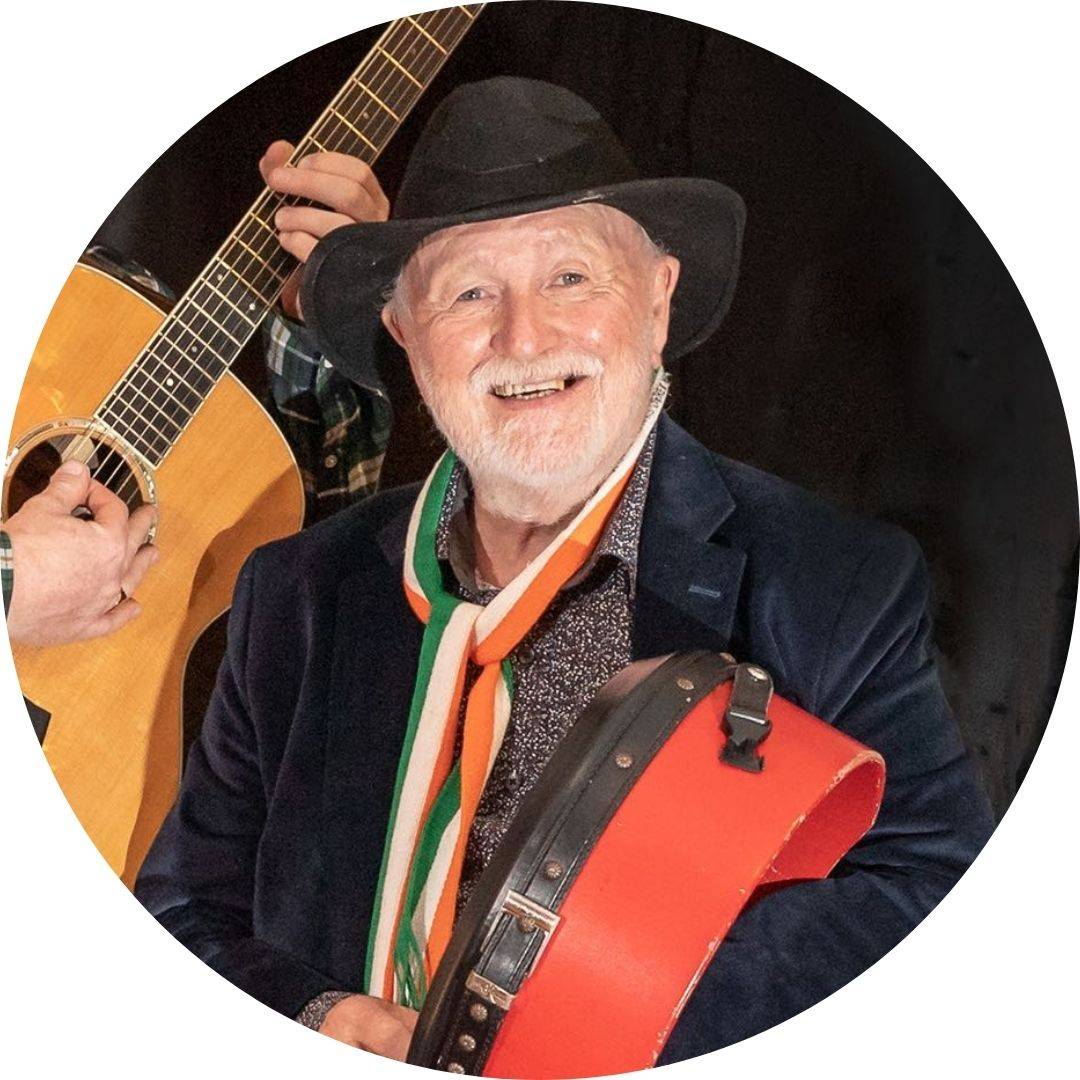 After spending nearly 40 years as founder, leader and front man of the legendary Wolfe Tones (named after the 18th century Irish Revolutionary Theobald Wolfe Tone), Derek Warfield is revered as a singer, songwriter, historian and entertainer in all parts of the world where Irish roots have been put down. The Wolfe Tones enjoyed phenomenal success with 13 best-selling albums, 3 number one hits, many television appearances and shows in esteemed venues such as New York’s Carnegie Hall and The Royal Albert Hall in London.

Derek has been proudly presented with the keys to San Francisco, New York and Los Angeles for his contributions to Irish Song & Music over the years and was

honoured as “Dublin Gael of The Year 2013” by the New York Dublin Society.

Since breaking away from the Wolfe Tones in 2001, Derek’s solo career has yielded 11 albums to date, the most successful of them being “A Nation once again” “On the One Road”, “God save Ireland” “Sons of Erin” ‘The Bonnie Blue Flag” “Washington’s Irish” “Let Ye All be Irish Tonight” and “Call Of Erin”. With the formation and ongoing success of The Young Wolfe Tones, the legend of Derek Warfield continues. 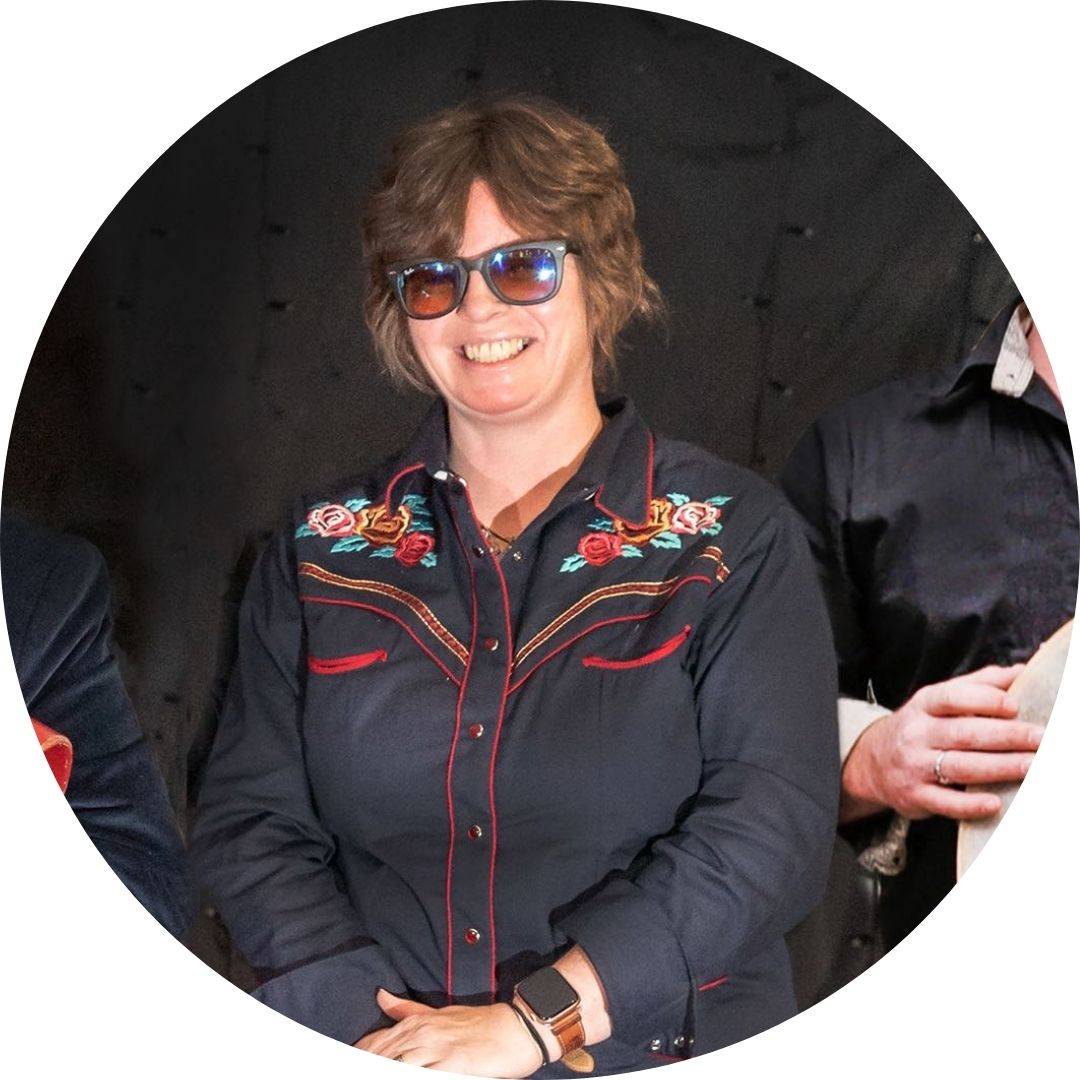 Damaris Woods from Co. Meath and is recognized as one of the foremost banjo players in Irish music.  She has made a major contribution in popularizing the banjo within Irish traditional music. Damaris has performed an extremely hectic touring schedule over the last decade across the world. She has appeared on the Irish Spring Tour in Germany and been part of performing groups in North America, Australia and the prestigious Celtic Colours Festival in Cape Briton, Canada. Damaris has appearances on many radio and television shows including Ireland’s The Late Late Show (RTÉ).

Damaris is also a gifted music and many of her students have been prominent prizewinners in traditional music competitions over the last number of years. On an annual basis Damaris organizes the hugely popular traditional arts camp – The Ag Seinm Traditional Arts Camp in Co. Cavan, Ireland. Despite her own hectic schedule she still manages to find time to teach at the Joe Mooney Summer School in Drunshambo every year as well as The University of Ulster, Coleraine. 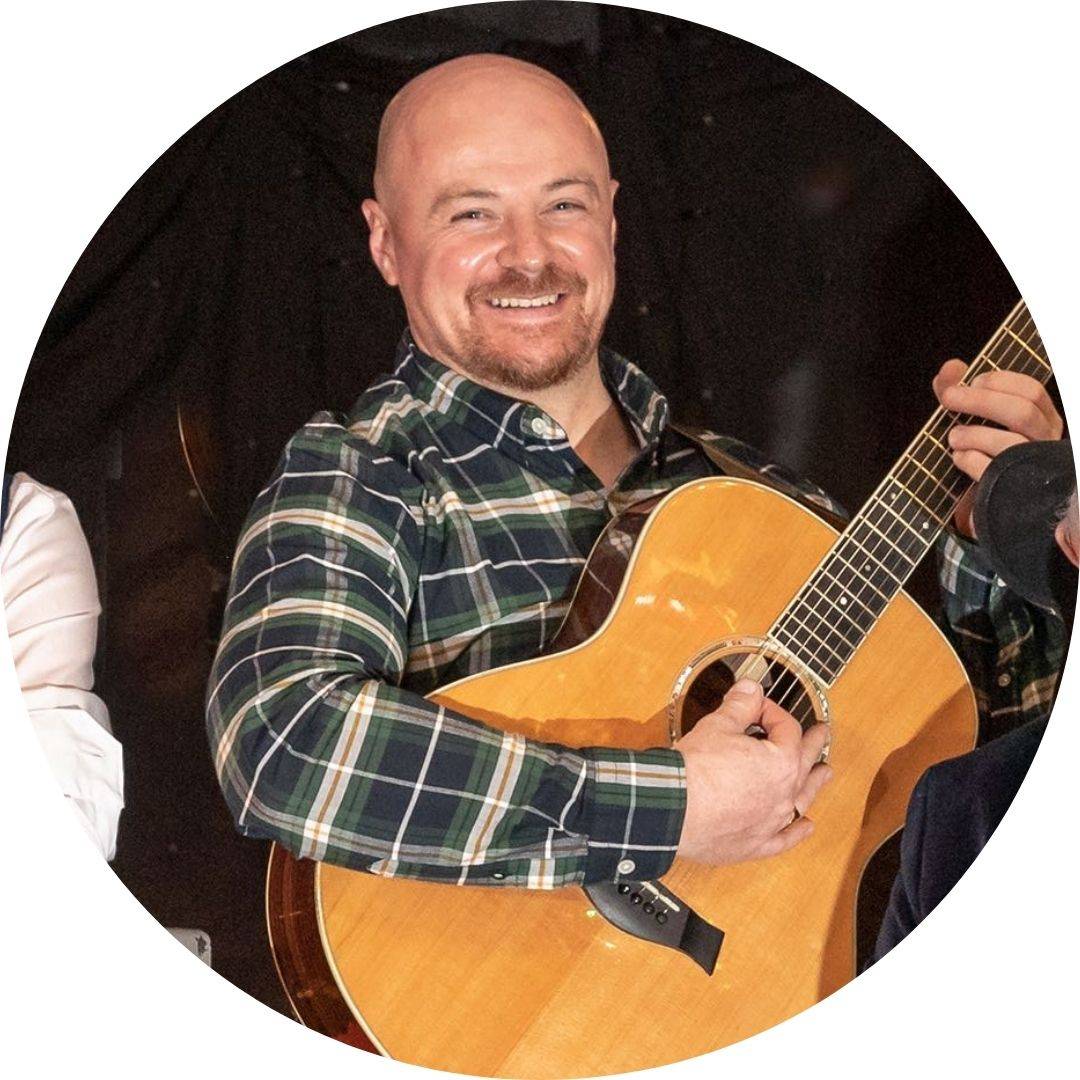 Mylo Moylan is an Irish Folk Singer/Songwriter, well-known for his performances in the world-famous Temple Bar district in Dublin, Ireland. Originally from Kildare Town, Co. Kildare he moved to Dublin and became a unique artist in the Dublin music scene. His repertoire involves the most famous compositions from a wide range of different Irish artists such as The Wolfe Tones, The Dubliners, Christy Moore, The Pouges, The Clancy Brothers amongst others. Recently Mylo has performing his original penned songs which embody his close connection to Irish folk music. Over the years Mylo has built a very loyal fan base who are always excited to hear him perform.

Mylo has dedicated his life to Irish music from an early age and has been energetically involved in the Irish music scene ever since. He started playing the guitar during his school days and music for him was a huge distraction from the mundane chores of everyday life. It sculpted many lasting friendships which he still enjoys to this day, most remarkably with a group of 4 local musicians and singers who went by the name The Lowrys. Mylo experiences remarkable feedback from fans from all over the world and also increasing interest of various other local musicians to work with him.

Mylo's passion for Irish Song & Music has led to him joining “Derek Warfield & The Young Wolfe Tones” and he looks forward to sharing his talent with everyone all around the world. 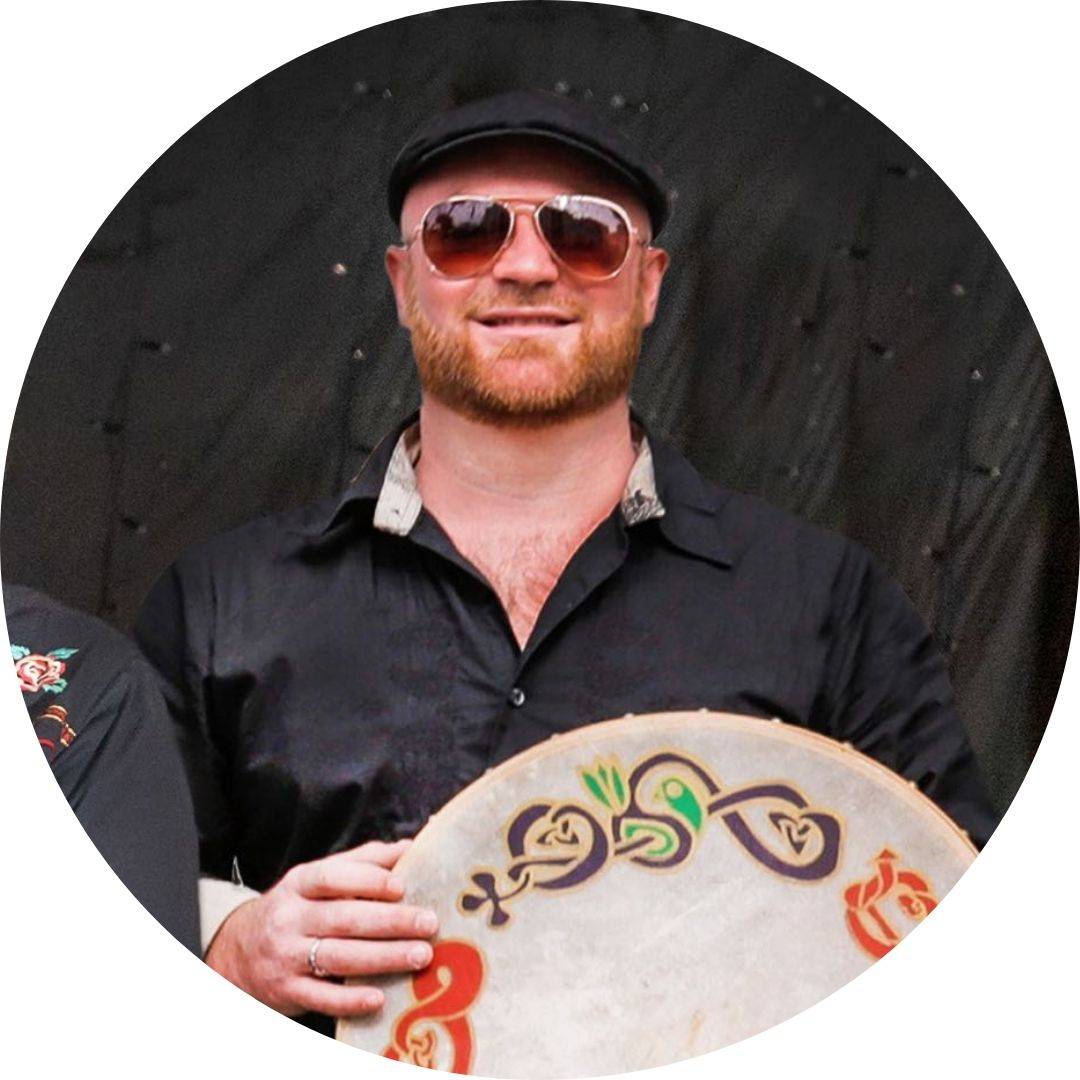 Cormac is from Tallaght in Co Dublin. He has been playing music and singing songs from an early age. His love for music comes from his grandfather Paddy Doyle. Paddy passed on his love of Irish song to all of his family. Cormac has toured Ireland, England, Australia and is now making his way across the United States both as a solo artist and with the band. His love and admiration for the late Luke Kelly is very evident in his performances.

Cormac is “the festivous” of the band and his sense of humour brings a spirit of laughter to anyone who is fortunate enough to meet him. His nickname is the Foggy Dude.

Cormac has recently joined ‘Derek Warfield and the Young Wolfe Tones’ and is very excited at the prospect of singing and playing instrumental music with such a diverse and eclectic group that has such a passion for Irish culture and history, as well as performing to a wider audience. 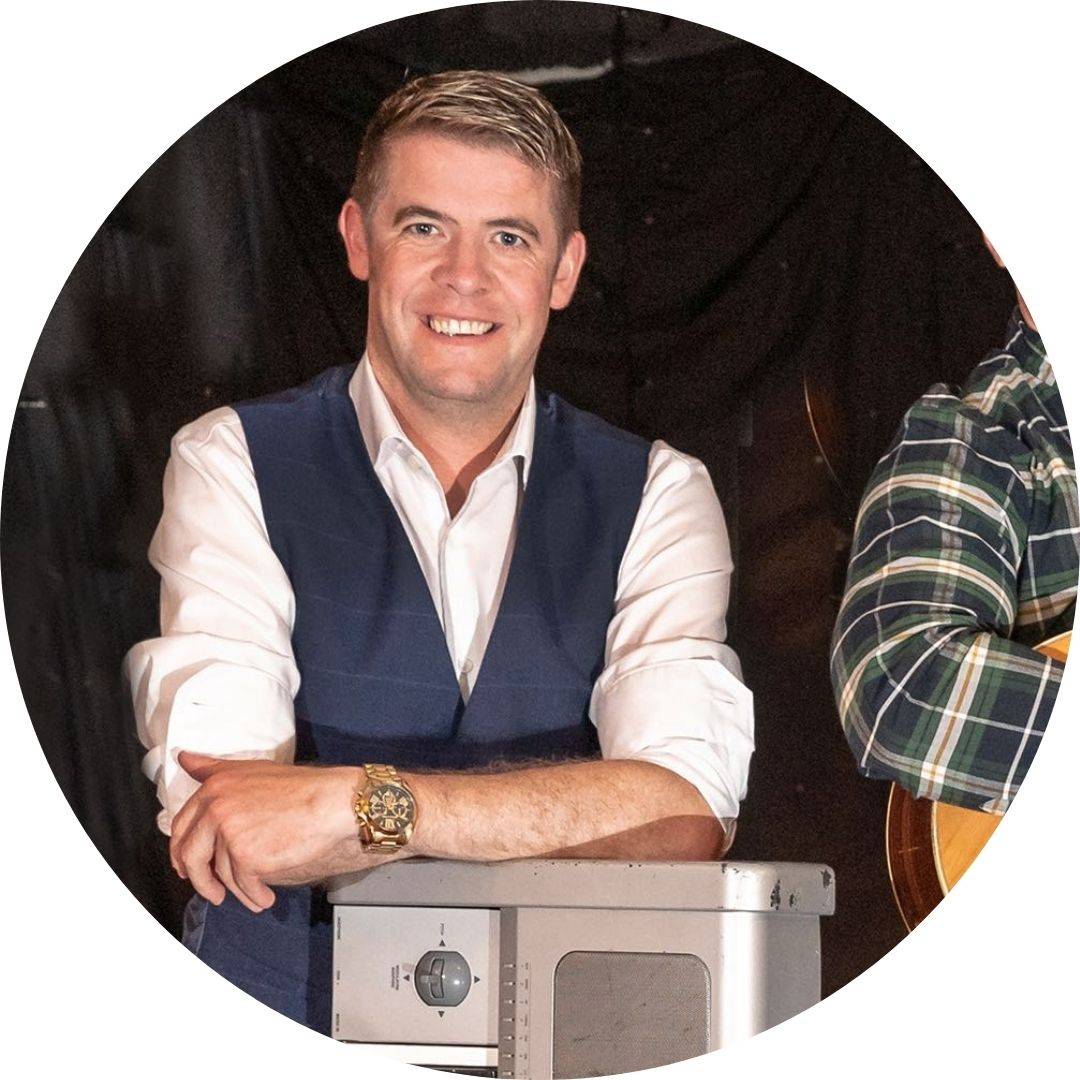 Andreas Durkin is a native of Co. Cavan, Ireland. He has been playing keyboard and singing since the age of 21 as a solo artist, as a duo alongside his mother (renowned Irish Country Singer), Kathy Durkin and, as part of his own band “Cheap Whiskey”. He has recorded 2 albums to date, ‘The Land Across The Sea’ and ‘Roll Back The Clouds’ featuring great Irish and Celtic songs such as ‘Caledonia’, ‘Leaving of Liverpool’ and ‘Boston Rose’ as well as alternative Irish songs like ‘Roll Back The Clouds’. His most recent recording was ‘The Cowboy Rides Away’ which continues to get great radio play both locally and nationally.

Andreas has been touring the USA over the years. He was musical director with one of Ireland’s top stars Tony Kenny for numerous tours, and continues to perform alongside his mother Kathy, and in a solo capacity both in Ireland and the USA. Annually, Andreas has featured on the Cruise of Irish Stars where he gets the chance to share the stage with Ronan Tynan, Andy Cooney and many more. Andreas has performed on many Irish television shows including Glór Tire on TG4 and Open House on RTÉ.