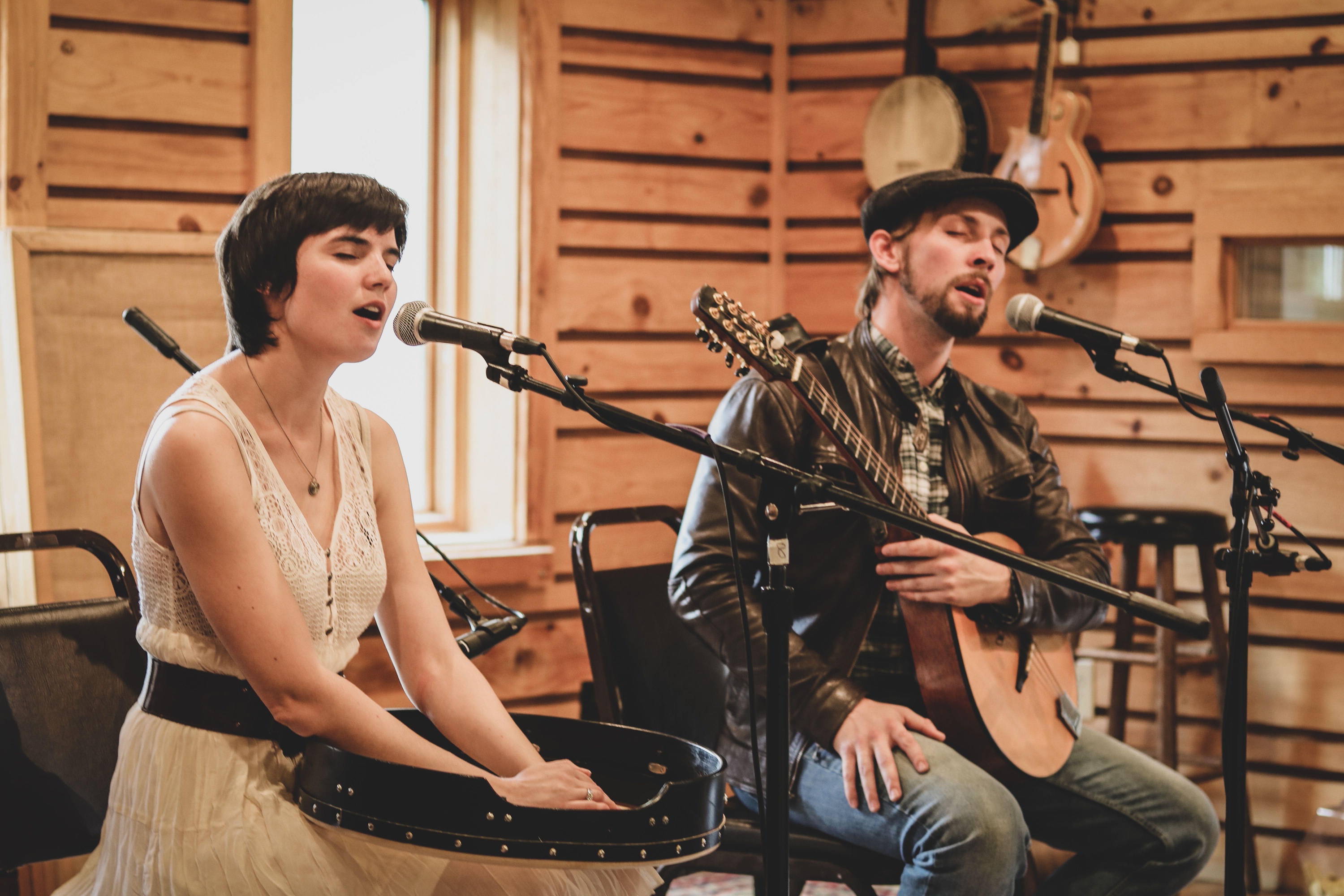 Celtic traditional music is alive and well in the Blue Ridge Mountains! Kinnfolk is a string-pluckin', drum-thumpin', song-warblin' duo dedicated to passing on old tunes to a new generation.

Julie Borden and Josh Kinn met at the traditional Irish session in Roanoke, Virginia. The two soon began collaborating outside the session, weaving vocal harmonies with bouzouki and bodhran.

Kinnfolk released their debut album in March 2020.  It is available digital download on Amazon and Spotify:

If you prefer a CD, you can message them on Facebook. CDs are $10 each + $5 shipping via PayPal.