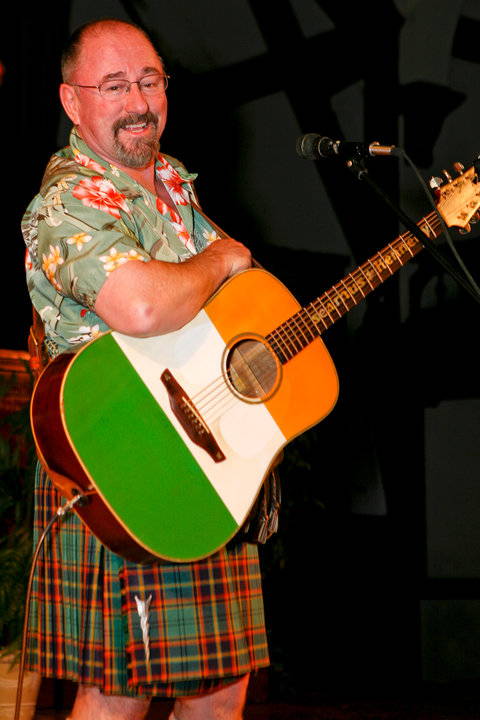 A four-decade veteran of the Irish/Celtic festival circuit, Seamus Kennedy was first influenced by the legendary Clancy Brothers and Tommy Makem. From them he learned the importance of not only being a solid musician, but also of being an all-round entertainer.

With a thorough knowledge of the traditional and contemporary songs of Ireland and Scotland, he is equally proficient with American music, be it folk, country, bluegrass or a little Western Swing.

Originally from Belfast, but now based in Annapolis, MD, he has been entertaining audiences all over the United States from Alaska to Florida, from Maryland to California for more than four decades. At home in venues ranging from intimate house-concerts and folk-clubs to large concert halls and festivals, Seamus has been bringing tour groups to Ireland for 30 years to experience the music and culture of his homeland “up close and personal”.

An accomplished guitarist with a ready wit and a vast store of songs, he travels the country making folks laugh, sing and forget their cares for a while. Kennedy’s ability to combine a total command of the music with humor makes him unique in the industry. His strong interactive entertainment skills and his participation with the audience have helped him create an exceptionally loyal fan base everywhere he goes.

Seamus Kennedy is an Irish singer, songwriter, musician, comedian, all-around entertainer, and author. Originally from Belfast, Seamus has entertained audiences all over the United States for over four decades.

The talent, dedication, and spectacular performances by the musicians featured on Celtic Festival Online is beyond appreciated. We encourage you to support these amazing artists. If you are so inclined to "thank" them as they perform virtually for your Celtic listening pleasure, here's a link:

"The Fields of Athenry"